by an Enemy of the People

Warnings About the Sturgis Rally Have Come Tragically True...Yahoo Voices!

The South Dakota county where the Sturgis Motorcycle Rally was held has seen a 1,550% increase in Covid cases over the past two weeks, officials say...NBC News

Dr. Maimuna Majumder "Over the last 21 days, #COVID19 cases have increased by 3400% in Meade County, home to the Sturgis Motorcycle Rally."

Our narratives often roar past the facts, but the Sturgis facts, again, are bad...Spokesman-Review

Sturgis was a major 'superspeader' event — just as warnings predicted...AlterNet

Sturgis crowd size was a bit overhyped, as we predicted...

2021 was big, but not the biggest. Just below the hugely gigantic 75th Sturgis Rally.

And quite a bit less than the 700,000-plus the over-zealous were talking about at the beginning of the rally this year.

People watching at the Big One...

Beer on the Street...Very Popular 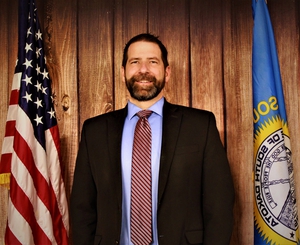 81st Sturgis Rally up. Only the 75th drew more visitors in the last decade. Campgrounds packed along I-90 and elsewhere.

An American crowd with international visitors dropping from the usual 10-15 percent of the massive herd, down to only 1-2 percent. Cause - the pandemic, of course.

Sturgis the week after the rally...

With live web cams at SturgusCams

But then, last year was light

Numbers on about everything were up in 2021.

Except traffic accident deaths. They were down.

Lower than in Previous Years

A 66-year-old man died after his motorcycle struck a sidewalk curb on Lazelle Street in Sturgis and he lost control. This is the last death/injury associated with the rally. 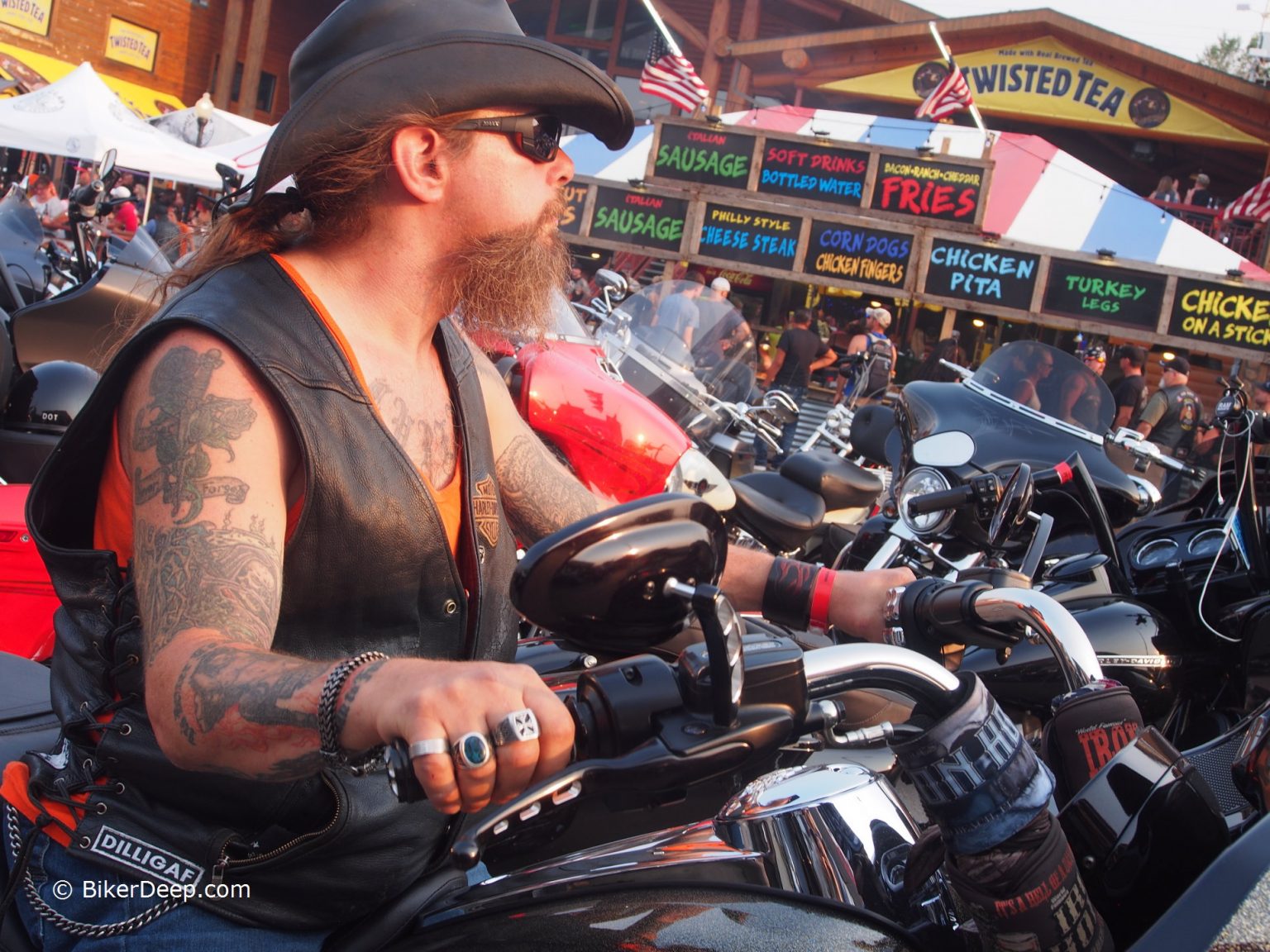 And then this breaking story below:

This will not end well...

Even his girlfriend is afraid of him

There's more...kicking police, fighting police, threatening to slit the throat of and kill the police sergeant, and then there's the scared girlfriend...

The whole story in the Mitchel Republic,

Worst Air quality probably ever in the Black Hills this summer.

Below, a photo of Black Elk Peak in the Black Elk Wilderness during cleaner air times. Taken in May...the white is snow.

A forest fire that could been much larger has quickly been contained by slurry bombers, ground crews and bulldozer south of Sturgis.

$15,000 Expenses When She Leaves for Sturgis

Hustling at Sturgis where

Forest Fire Breaks Out Near Sturgis

Fire now appears to be laying low due to weather conditions

Good ride into the red rock country of this part of Wyoming. Hulett is one of the most Western towns in Wyoming, which is saying something when you are talking about Wyoming.

Good crowd once again. But not as many as I expected considering the big numbers at Sturgis. Pig meat lunch free or with donation, laid back atmosphere, very scenic ride. Due for a bigger bounce-back after the "difficulties" of world health have passed.

This could have ended badly

This guy had the horse patrol at the Hulett Ham 'n Jam this year. Riding amongst the crowds and bikes. The horse is really well broke and of the best temperament. I was standing under one of those plastic shade awnings about 10-feet by 10-feet with metal poles and frame. With a deputy. A gust of wind like one gets in Wyoming came up and picked the entire awning up and flung it through the air hurling it right at the front feet of this horse. Horse made a little backstep, but noting else. And there aren't many that would have done ONLY that. Surrounded by lots of humans who are no match for 1000 pounds of scared horseflesh.

Kind of the opporsite of some sectons of Sturgis, where I think a few would sell the air you breath if they could get away with it

Pretty nice because you can get dehydrated in low humidity Wyoming summer.

It took only one week

Only about 60 percent of eligible adults vaccinated in state. No stats or figures yet available for Meade County and Sturgis. As a side-note, one of the

National statistics from the Center for Disease Control and Prevention

One of the more laid-back days at Sturgis, in Hulett, WY

And a photo slide shows of past "Hulett's"

One of the famous events at the Sturgis Rally aka Wyoming.

Pig Meat Lunch is usually available at no cost, if you are willing to stand in line.. Unsure whether the free lunch will be available this year.

Impressive beyond what photos depict. This was the nation's first national monument.

from daily Sturgis photos at BikerDeep.com 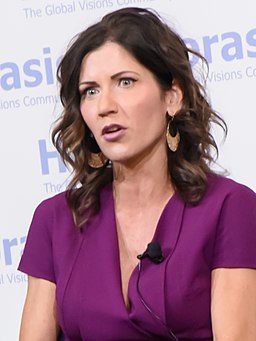 "Fauci Fatigue" and the right-wing (a)version

Here is the "Meet the Press" interview last Sunday

No information yet on fire size, but the US Forest Service reported that it is 25 percent contained. It's minuscule compared to the record-setting fires in the Pacific Northwest.

Fewer Arrests and Criminals, or What is going on?

Big increase in open container violations - 207 tickets issued for that. It's legal to take beer and wine onto the street this year. But it must be in an "official" Sturgis Rally plastic cup. I suppose that decreases litter. It also kind of requires people to buy alcohol from the bars on the street.

And all this despite the fact that there are way more people at the Sturgis Rally 2021. Way more. Maybe the an all-time record.

What they are saying at the beginning of the rally, 2021.

But only if you use the official Sturgis Rally plastic cups...

Are rally goers worried about Covid?

Further reporting on this at Forbes

Note the guy with the deer antlers on his bike...

Only 37 percent vaccinated at Sturgis

Likely making this one of the most dangerous places in America

Meade county where Sturgis and the world's biggest motorcycle rally is underway has only a 37 percent vaccination rate. Making it one of the most likely locations in North America for an explosion of covid infections.

According to Dr. Shankar Kurra, vice president of medical affairs at Monument Health in Rapid City.

Will Sturgis Be a Superspreader Event?

With an unusually larger than usual number of younger bikers, according to Buffalo Chip registrations

by the Black Hills Pioneer Press

Bigger than anything even the longtime vendors have seen

From Stars & Stripes, first in RCJ

Clydesdales arrive, so it must be big...

Every Man for Himself. Women, too

My prediction...this will prove as popular as day-old stale beer...

Lots of scienctific details in this report, and look at what happened last year...

To lessen chances of the contagion...

Kind of boring, but what the hey...

Tromping around and leaving plenty of their sign in the street, perhaps...

Photo Note - this photo is not at Sturgis, but appears to be some sort of hillbilly gathering. Like where I, an Enemy of the People, grew up.

Testing down here, pay no attention:

Yes, if the people have their way

Self-proclaimed freedom loving governor has been fighting this tooth, nail and claw...